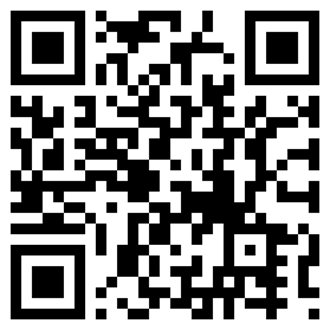 You are here:
History

It all started sprawling back to 751 years ago (1262) when Parameswara found Melaka in the 14th century. He was resting under a tree by a river when his dog started to attack a mouse deer, which later pushed the dog into the river. The brave gesture of the mouse deer had impressed him to immediately build a city on its spot. He then asked his followers the name of the tree which he was resting under, and was advised of its name; Melaka. He named the state ‘Melaka’ since then. None of any other cities in the nation had played such an influential and vital role in the political, economic, cultural and social development of the country and the region. Melaka Sultanate was also established to be responsible for the Sultanate in many states in Malaysia.

During that period, Islam was introduced in the region, arriving along with Gujarat traders from Western India for trading textiles and Melaka became known worldwide as a center for silk and porcelain trading. During the first decade of the 16th century, Melaka was a bustling and cosmopolitan port that attracted hundreds of ships every year.

Malaysia gained its independence on the 31st of August 1957 when the first Prime Minister, His Highness Tunku Abdul Rahman Putra Al-Haj, was handed over the power to rule the country by the British.

After the Independence, a colonial building built by British in Melaka, which was known as Malacca Club, was opened to public after being used by the British upper class as their place for social activities. Exactly 38 years later, the same building was turned into The Proclamation of Independence Memorial; a place that commemorates Independence Day of Malaysia.

By history History of the Malay, Parameswara is a Palembang prince eighteenth century four who escaped from enemies of the people of Java. He had fled to Temasek (now Singapore) and make himself a king. Soon, he was driven from Temasek by colonists from Siam and his followers reached the west coast of the Malay Peninsula to find a place to hide. At first they made Muar, Johor as a place to live but the situation is not ideal because there are too many lizards. He then chose the second to build a castle, but it is not sustainable.

Parameswara then traveled to other places. In a hunt group, he reached a river named Bertam. There, he saw a deer being chased by dogs hunter he had kicked one of his dog from falling into the river. She was so surprised by the courage of the deer and immediately named the place with the name of Malacca, in conjunction with the name of the tree in which he was sheltering. .

The 15th century
1400 - Parameswara, the prince from Palembang, after defeated by Majapahit head to Temasek (Singapore's original name) and finally opened Malacca.

1405 - Parameswara sent a mission to China to strengthen diplomatic ties that exist.

1409- Admiral Cheng Ho (Zheng He), the head of China's trade fleet and the chiefs arrived in Malacca to strengthen ties between the two countries.

1414- Parameswara marry Princess Pasai. He converted to Islam and wear the title of Sultan Iskandar Shah (1414-1424).

1424 - Parameswara died and his sons, Sri Emperor, the throne and changed his name to Sultan Muhammad Shah (1424-1444). He ruled according to Islamic teachings, founded the castle and spread Islamic ethics.

1444- Raja Ibrahim, the youngest son of Sultan Muhammad Shah, became the ruler after the death of his father.

1445 - Raja Ibrahim was killed and buried with the title of Sultan Abu Shahid.

1447 - Siam's first attack on Malacca occur, but are blocked by the forces of Malacca. The Siam defeated not far from Muar.

1488- Sultan Alauddin died poisoned in Pagoh. Then Sultan Mahmud Shah (1488-1511) ascended the throne on the contributions of Tun Perak and Hang Tuah.

1498- Tun Perak died.
Of the 16th century
1500 - Tun cross section Tun Perak cousin, was appointed as Treasurer Treasurer called Seri Maharaja and became treasurer of the most powerful among the princes of the Malacca Sultanate.

1509 - Diego Lopez de Sequiera with 18 ships of the Royal Fleet Portugal arrived in Malacca. They were the first Europeans to arrive in Southeast Asia. For that reason disputes, forces attacked by Malacca and 20 crew arrested by local people.

1510 - Treasurer Tun and his family were killed on the cross section of said Sultan Mahmud Shah because he refused to hand over to his son Tun Fatimah. Realizing his mistake, Sultan Mahmud Shah to abdicate for a while and was replaced by his son, Sultan Ahmad Shah.

1512 - Albuquerque returned to Goa in January after completing the A Famosa, a fortress city has five storey tower height. Then Sultan Mahmud Shah to attack the Portuguese.

1513- Patih Unus, a Javanese warrior who became Sultan of Demak in Sumatra, attack the Portuguese.

1518/19 - The soldiers of Sultan Mahmud Shah of Malacca city besieged for three months.

1537- The first attack Achinese over the Portuguese.

1545 - Father Francis Xavier arrived in Malacca for the first time. After that he visited Malacca at least 5 times.

1551- The combination of Johor and Perak Japara attacked and besieged Malacca for 3 months.

1553 - Father Francis Xavier died on Sanction Island near Canton, China, and was buried in the Church of St. Paul. After 9 months, his body was removed and buried in Goa.

1567/68- With the help of Johor, Aceh attacked the Portuguese fort. However, once again they were defeated.

1571- Aceh made ​​an attempt to attack the Portuguese, but they once again attempt failed because the storm hit.

1588 - The first of Visitors named Ralph Ritch has arrived in Malacca.

1597 - Dutch invasion of Malacca.
Into the 17th century
1606 - The combination of Dutch and Johor attack the Portuguese fortifications. Even so, the team assistance Portuguese soldiers who arrived just in time to save Malacca from Goa.

1636 - Ship Netherlands destroy Portuguese ships in the port of Malacca.

1641 - Dutch and the Malays in Johor again attacked. After a fierce battle, the Portuguese ordered to surrender. Holland then Melaka for 154 years.

1645- Cheng Hoon Teng Temple was built by the Chinese people, Lee Wei King. It is the oldest temple still exists in Malaysia.

1650 - Stadthuys or Negeria Home is Residence of the Dutch Governor, who is also the administrative center was built.
In the 18th century
1710 - Church of St. Peter, a Christian church in Malaysia was built by the Dutch. It has combined the design of East and West.

1756- The Bugis, led by Daing Cambodia, the invasion of Malacca.

1784 - King of the Pilgrims had landed in Melaka but was later killed.

1795 - British took over Malacca from the Dutch.
The 19th century
1806- British make a reshuffle of the remains of the Portuguese. Arrangements are already planning to shift its trade and population to Penang to weaken Malacca as a trading center.

1808 - The arrival of Stamford Raffles save Malacca from the sharp fall.

1818 - By the end of the Napoleonic Wars, Melaka back to the reign of the Netherlands under the agreement Venice.

1819 - Mohammad Sultan Hussain Shah of Johor Singapore surrender to the British East India Company. Then placed in the tomb of sultan Lamb.

1824- Anglo-Dutch Treaty or the Treaty of London put Malacca under British rule.

1826 - Agreement signed Strait, which Penang, Singapore and Malacca Straits made ​​that are in the same administrative system.

1867 - Administration Straits transferred from the governor - the head of department in India to the Colonial Office in London and Malacca became a British colony.

1945 - Melaka was returned to British rule after the Japanese surrendered to the British in Singapore.

1948- Malayan Communist attack and capture for 14 days. The British declared a state of emergency and the situation ended in 1960.

1956 - Declaration of Independence Day made ​​by Tunku Abdul Rahman, the first Prime Minister of Malaya in Banda Lower Field (Warrior Field), Melaka on 20 February. In the same year, the Malacca became part of the Federation of Malaya as an independent nation.

1989- Melaka has been declared a Historical City on April 15.
Visitors: